I can’t believe how beautiful Alaska is!! It is so different than home. I don’t even know where to start. 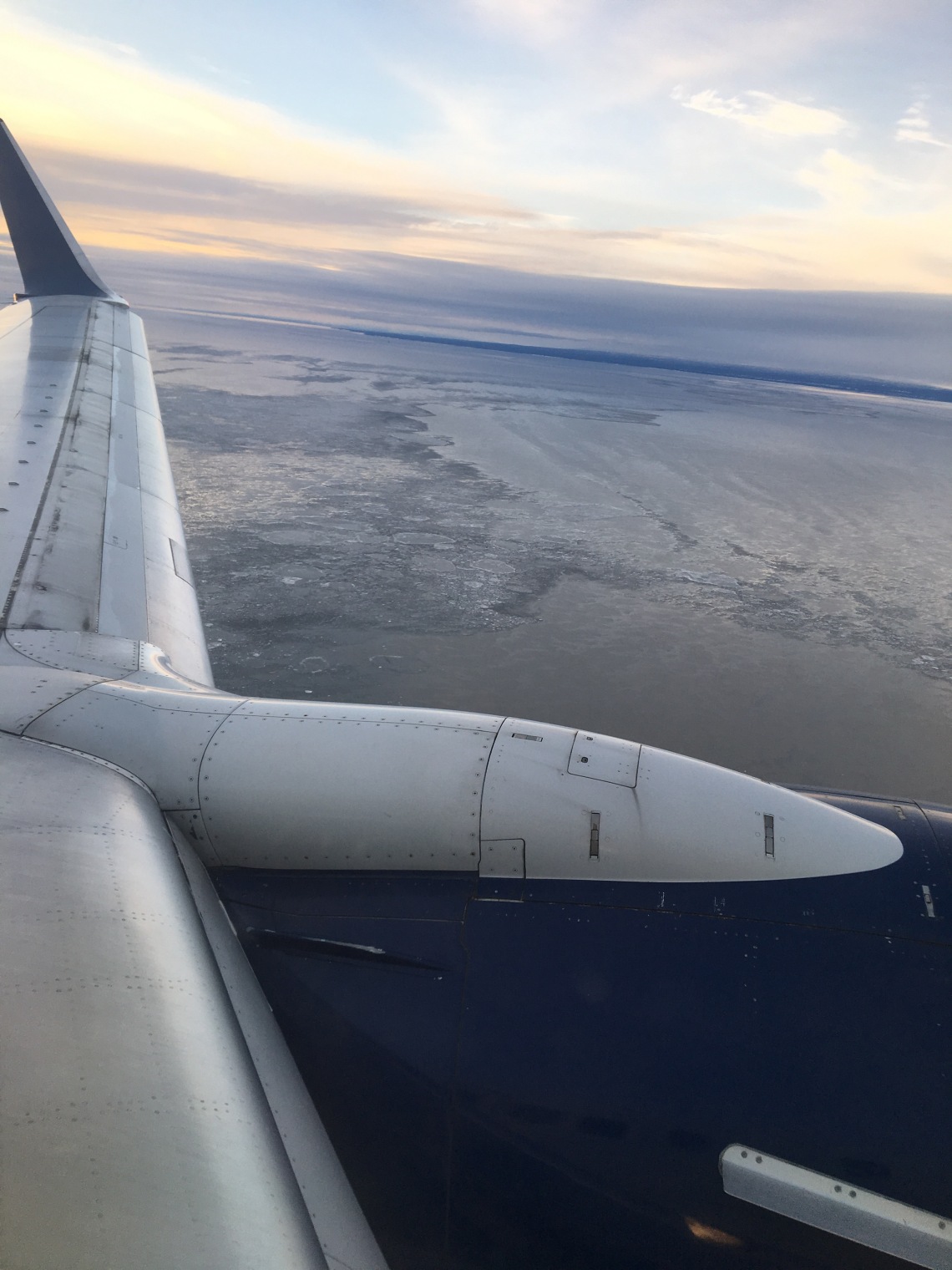 I couldn’t even answer her question. He sight was so novel and beautiful that I spent the remaining 30 minutes of the flight staring and taking pictures. (As an afterthought I should have finished the movie, guess I will never know if he stork delivered the baby to the right house)

When we got off the plane my dad and I went into full tourist mode. We took pictures with all the displayed animals and I photographed the snow outside on the trees. Apparently we took a really long time because when we got to the luggage claim our bags were in the ‘lost/unclaimed” office.

I picked up the keys to the rental car. It was not until I stepped outside into the parking lot That I experienced the true temperature difference. “Freezing” is not a good operational difinition; I have used the word to describe temperatures much warmer than that which I was experiencing now. I laughed and quickly made my way to the car.

Driving was not nearly as bad as air thought it would be. Most I just need to drive a lot slower and stop the car earlier. I had lots of experience driving in circles at the airport since my dad was too cold  to come outside with the luggage and since his phone died, I had no way of communicating when I was outside.

I have never seen a place like Alaska. I’d say that the pros are definitely outweighing the cons so far 🙂

View all posts by GamerBehaviorist